The 15th Football Skating World Cup 2022 will be held in Trabzon Turkey from the 08th -18th of December. the World Cup official matches will be started from 11th-17th December. 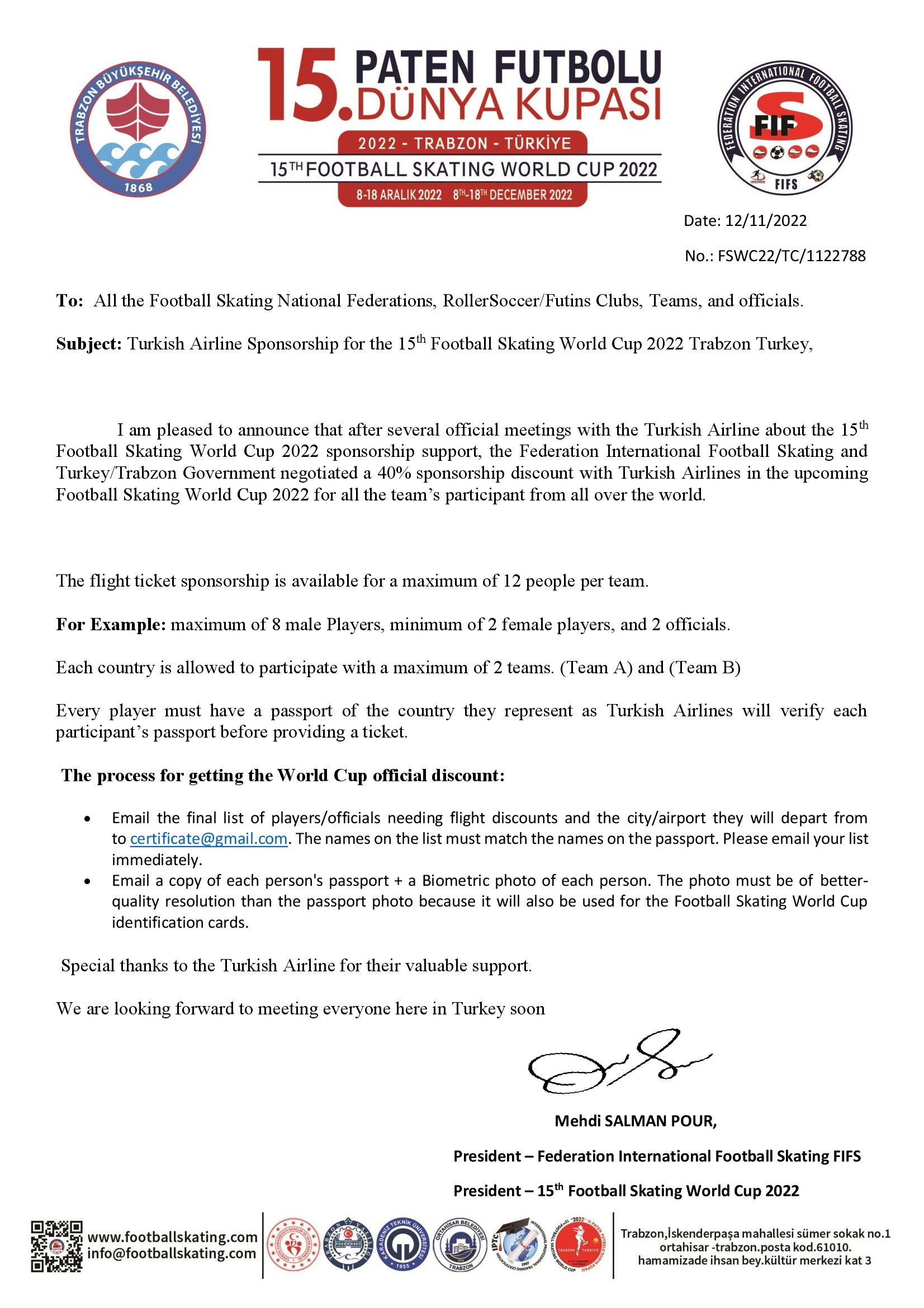 The flight ticket sponsorship is available for a maximum of 12 people per team.

For Example maximum of 8 male Players, minimum of 2 female players, and 2 officials.

Each country is allowed to participate with a maximum of 2 teams. (Team A) and (Team B)

Every player must have a passport of the country they represent.

The process for getting the World Cup official discount:

Once again, Special thanks to the Turkish Airline for their valuable support.